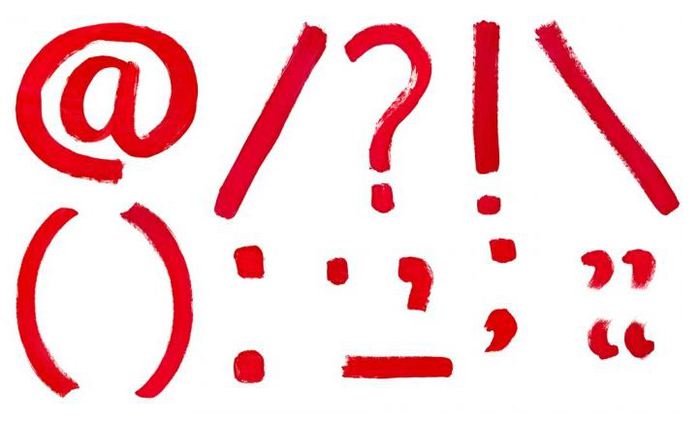 Here is the guide for punctuation marks:

Commas are also used to note an interjection in a sentence.

Apostrophes are used to show or mark possession and contractions. Also, they are used to denote a specific quotation or sentence quoted by somebody.

Exclamation mark is used to note exclamatory sentences. it is used in place of a full stop (period) after a word, phrase or sentence that has a strong appeal, a warning, a command, or an expression of surprise, enthusiasm, pain, emotion, or disgust.

Dashes are generally used to denote a completely different line of thought or action within a thought. Dashes are of two types viz., an “en” dash and an “em” dash. “En” dashes essentially are the same as hyphens, corresponding the width of a letter N, however filling a different purpose. Whereas, “Em” dashes are longer, corresponding the width of a letter M.

Parenthesis is used when some non-essential information has to be shared, something that could even be skipped without changing the meaning of a sentence. Whereas, brackets are mostly used in academic writing within a quotation where the writer tries to omit or explain something. In either case, bracket is placed within the quote.

Braces however are used very rarely only in case when one has to make a list within a list.

Ellipsis is used to denote the omission of a word or words. However, if the omission includes the end of a sentence it will have four dots (….) instead of three.

The colon is most commonly used to separate two main clauses, in which the first one is an introduction to the second. But the clause that follows the colon mark should be able to stand on its own. Only complete sentences come before the colon.

A semicolon is used to join two related main clauses.

Last but not least, semicolons are also used to show the main divisions in a list of longer items.

The Golden Rules Of Punctuation