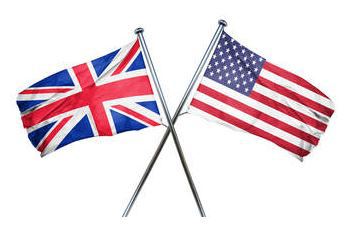 To put it simply, a British editor edits a write up following the guidelines and dictates of the British English language. On the other hand, an American editor will edit based on his own version of English, which is American. Both are not the same.

A lot of people confuse both. Some do not know when to write in the English language an American will understand. They confuse British English with the American version.

If you’re a writer, for instance, you’ll need to know how the British editor operates and how the American editor operates. Below are things that differentiate both and how you can better relate to them.

An American editor will find fault with this; he will instead want it to be written like this 5:45 p.m.

Spelling is another thing that differentiates a British editor from his American counterparts. There several spellings that are different in both languages. For example, a British editor will be comfortable with words ending with “-our”; words like Flavour, Colour, etc. Instead, his American counterpart will tolerate the same word, but those ending with “-or” suffices. For instance, words like Flavor, Color, etc.

You will notice that the words mean the same thing, but the difference is the slight alteration in spelling. Other words a British editor will permit in a write up are words ending with “-re.” Those words include Metre, Fibre, Centre, etc.

The usage difference is either due to simplicity, socio-cultural, aesthetic reasons, etc. Some of those obvious differences that both two includes:

These are some of the things you’ll have to consider when next you’re working with either a British editor or an American one. Knowing how to apply these rules to both parties will be beneficial to you when next you’re writing.

Editing vs Copyediting – What is the difference?