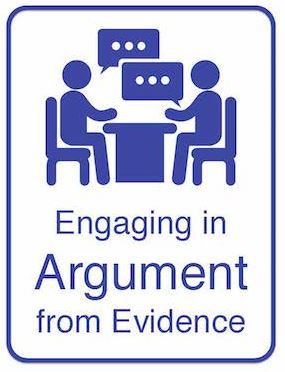 When we talk about critical thinking, it means being capable of making good arguments. People have a wrong misconception of argument and tend to link it to a fight or quarrel.

Rather, arguments are claims that are solidly supported by evidence. Furthermore, argumentation is a social process of two or more people engaging in arguments, responding to each other, etc.

What You Need To Know About Evidence-Based Arguments

First and foremost, evidence takes on the role of a support system for the reasons provided. Also, it aids in compelling audiences to further accept certain claims.

Furthermore, the evidence is made available in different sorts and, it tends to vary from one academic subject or field of argument to yet another. An example is a scientific argument concerning global warming.

Such an argument demands diverse kinds of evidence than mealtime arguments about the marvel cinematic universe. Bear in mind that evidence answers the difficulties of the reasons that are given.

Also, it comes in roughly three main types. We have the:

The specific instances include:

Every one of them can be a highly effective mode of creating support for a claim or a reason. When they are brought in a public speech, they provide the audience with a way to see the concept illustrated in a specific case.

In a bid to be more effective, specific instances will have to be representative of the broader ideas or trends that they support.

This entails raw numbers, statistical probabilities, averages, and statistical trends. When we talk about public speeches, statistics have a higher advantage of being more objective, factual, and authoritative.

But a critical audience will always want to know more about the sources and methods used in determining this statistical evidence.

Also referred to as appeals to authority, it comes in two major types:

The eyewitness can also be called first-hand testimonies. They are reports from persons who have direct experience in a certain phenomenon.

Imagine a speaker having an argument on toxic waste dumps, quotations from another person who lives next to a dump will be placed in this segment. The eyewitness testimony will aid in giving the audience a sense of belonging.

As for the experts, they tend to depend on direct experience. But testimonies here are supported by formal knowledge, training, and methods.

Whenever you are making use of testimony in an argument, you should ensure the authority that you are appealing to is qualified to speak on the topic of discussion.

Generally, evidence can be referred to as testimony, documentation, or facts that are used in strengthening a claim, supporting an argument, or arriving at a conclusion. It is imperative to note that the evidence is not the same as proof.

While evidence enables professional judgment, proof, on the other hand, is incontestable and ultimately absolute. Without any evidence to back up your writing, the statements you make have little to no values. They are just opinions.

How To Write A Strong Conclusion

Taboo Words In A Research Paper