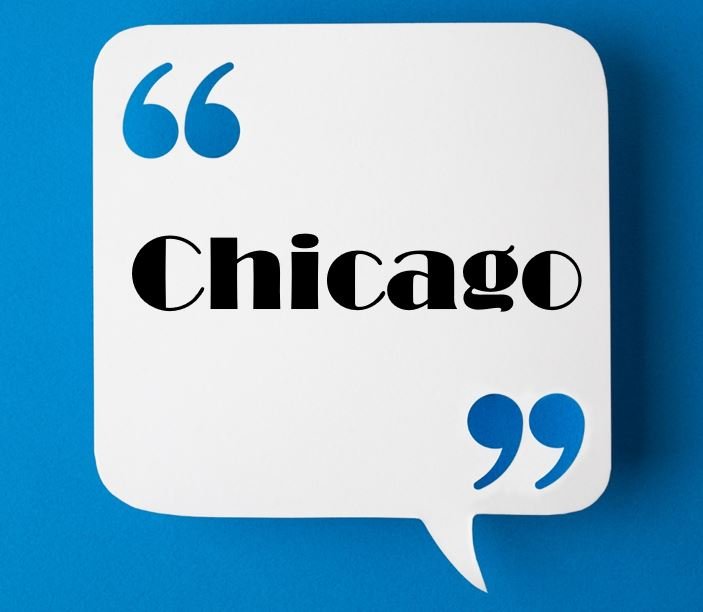 When you write a paper or an essay, you are expected to write the results of your research in your own words. That is why copying another author’s paper or, at the very least, using an idea from a source without citing the author is termed plagiarism. Plagiarism is a major form of academic dishonesty that attracts severe punishment and humiliation.

Quotation, unlike paraphrasing, is copying the exact text of source material and including it in your work with the inclusion of a quotation mark to show the words are not yours.

To avoid plagiarism, you need to give credit to the author or creator of the original idea anytime you use them either by paraphrasing or by quotation. The method of paraphrasing or quoting a source is dependent on the writing format you are using for your paper or essay.

This article illustrates how paraphrasing and quotation can be done successfully in Chicago format.

When you are taking a text from a source that is less than 100 words, you are expected to incorporate the text in your paragraph with the inclusion of quotation marks. The citation for the quotation should come after or before the quotation mark in parenthesis. The page number where the text was taken should be included in the citation.

Johnson (2005, 154) stated that “Morning routines are one of the defining factors that predict if a person will have a great day.”

If there is any information being left out, three dots (…) must be used to indicate that there is missing information.

Alexander (1999, 201) argued that “having or creating a morning routine is not focused on who can achieve or check off the most boxes……. but it is about making sure you start your day with peace”.

Internet ethics is a subset of computer ethics; it is a relatively young discipline that has now become one of the most important branches of ethics as a philosophical field. In the early 1980s, ethical issues in computing became one of the important issues of philosophers, computer scientists, and scholars (James and John, 2009, 312).

When paraphrasing, you are expected to change the sentence structure and expression using alternative expression and synonyms. When citing the source for a paraphrased sentence in Chicago style, the page number of the original text should be included.

Akbulut et al. (2008) identified the several types of academic dishonesty behavior that can be linked to internet usage, and these behaviors include plagiarism, fraudulence, and many more. (213)

Paraphrasing and Quotation in APA Format

Paraphrasing and Quotation in MLA Format