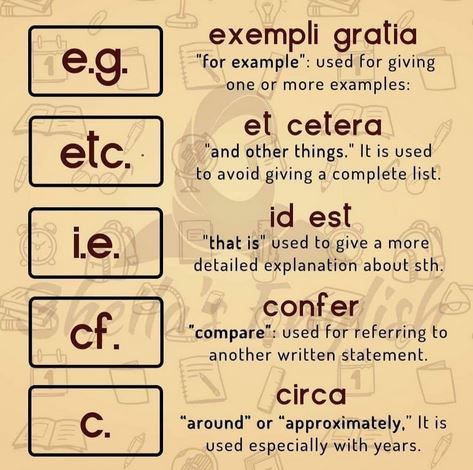 Acronyms refer to the shortened version of words or phrases that are based on the initial letter of the various elements or words and are readable as a single word. In contrast, initialism, unlike acronyms, is readable as a series of letters. Contraction, however, refers to the abbreviations of words that usually include the first and last letter of the word. Here we have listed a number of rules for using abbreviations in Chicago format.

The title before names

The title after names

Names of countries and corporation

The names of famous people are allowed to be abbreviated. The same goes for very familiar objects that we are used to their abbreviations

Mathematical units or words that are used with numbers

All mathematical units are allowed to be abbreviated as well as words that are used after a number.

Note a.m. and p.m. can either be written in uppercase or lowercase.

Latin terms that are commonly used are allowed to be abbreviated.

Names of states and territories

Do not abbreviate the following: